Pierre Soulages fascinates me, his perseverance in studying light and darkness. Blackness. I surf the Internet searching for his works; there aren’t too many to be found, all the time the same images keep popping up, however, more can be found in museums. I want to see them, close up, in reality. Curiously, before I started painting, it was not very important. I have certainly visited museums countless times, but I never had the need to peer at the works up close. There’s the Soulanges museum in Rodez, south of France, an honour paid to the artist who is considered to be very important in France, well rewarded and revered. He is the French counterpart of Franz Kline and the venerable representative of Abstraction. I say he is, because the artist is still alive and working at the age of 95. I guess it is time for me to visit Rodez, quite soon, I believe.

In the meantime, we are going to Cologne. We did not manage to attend ‘Art Cologne’ for a simple reason that I had booked the flight and hotel for wrong dates –two weeks off, to be precise, hard luck! Oh, well, we will go again. I know that the Ludwig Museum has 2 works by Pierre Soulages and I wan to see them. It’s also a good opportunity to visit a few commercial galleries in Cologne where pop art reigns. Not much to my liking but at least something has changed. There is a lot of kitsch on display, but curiously it adds some flair, as the works are dynamic, colourful, glossy and lurid, but also beautifully composed and balanced. And there are a lot of works by Warhol to see as well- perfect. 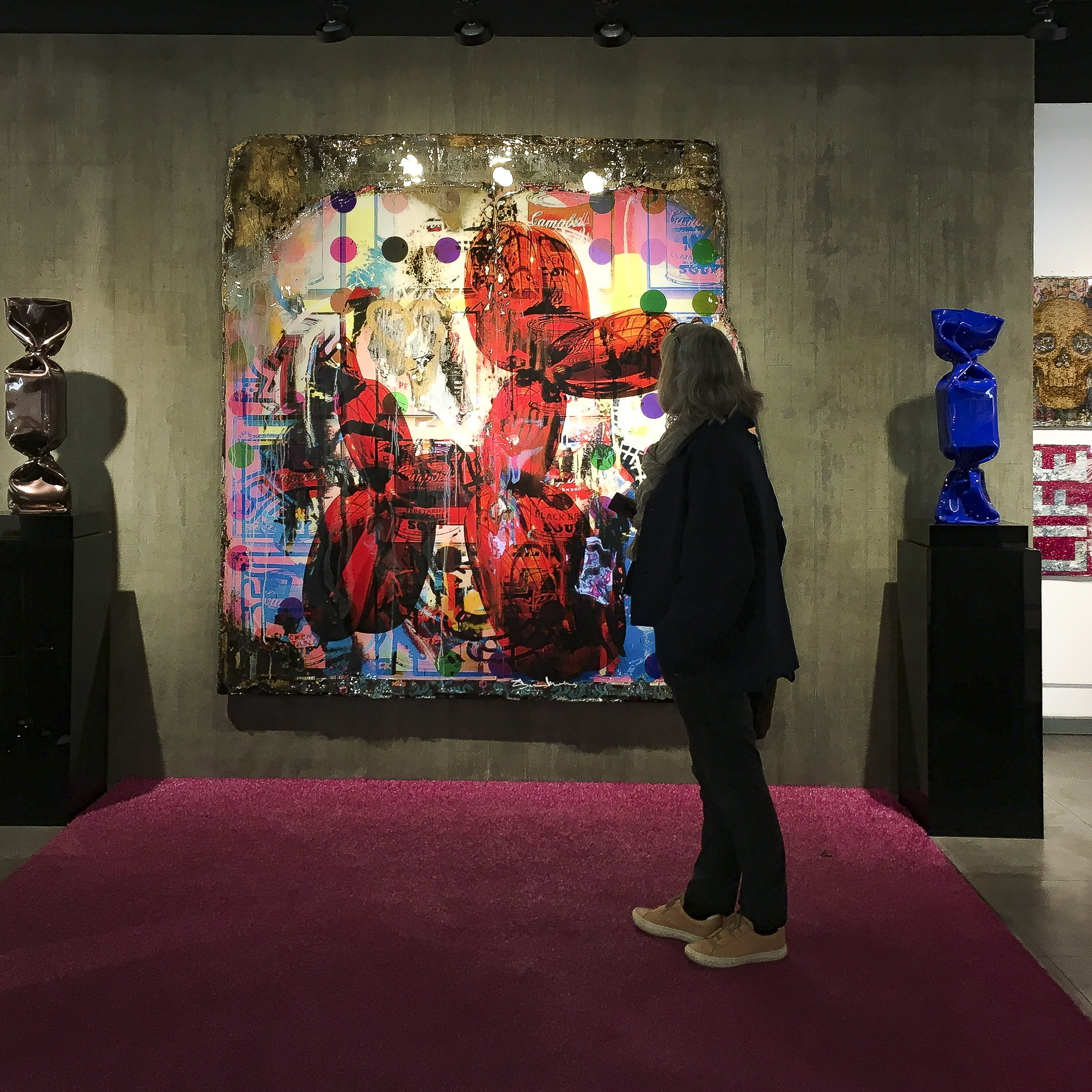 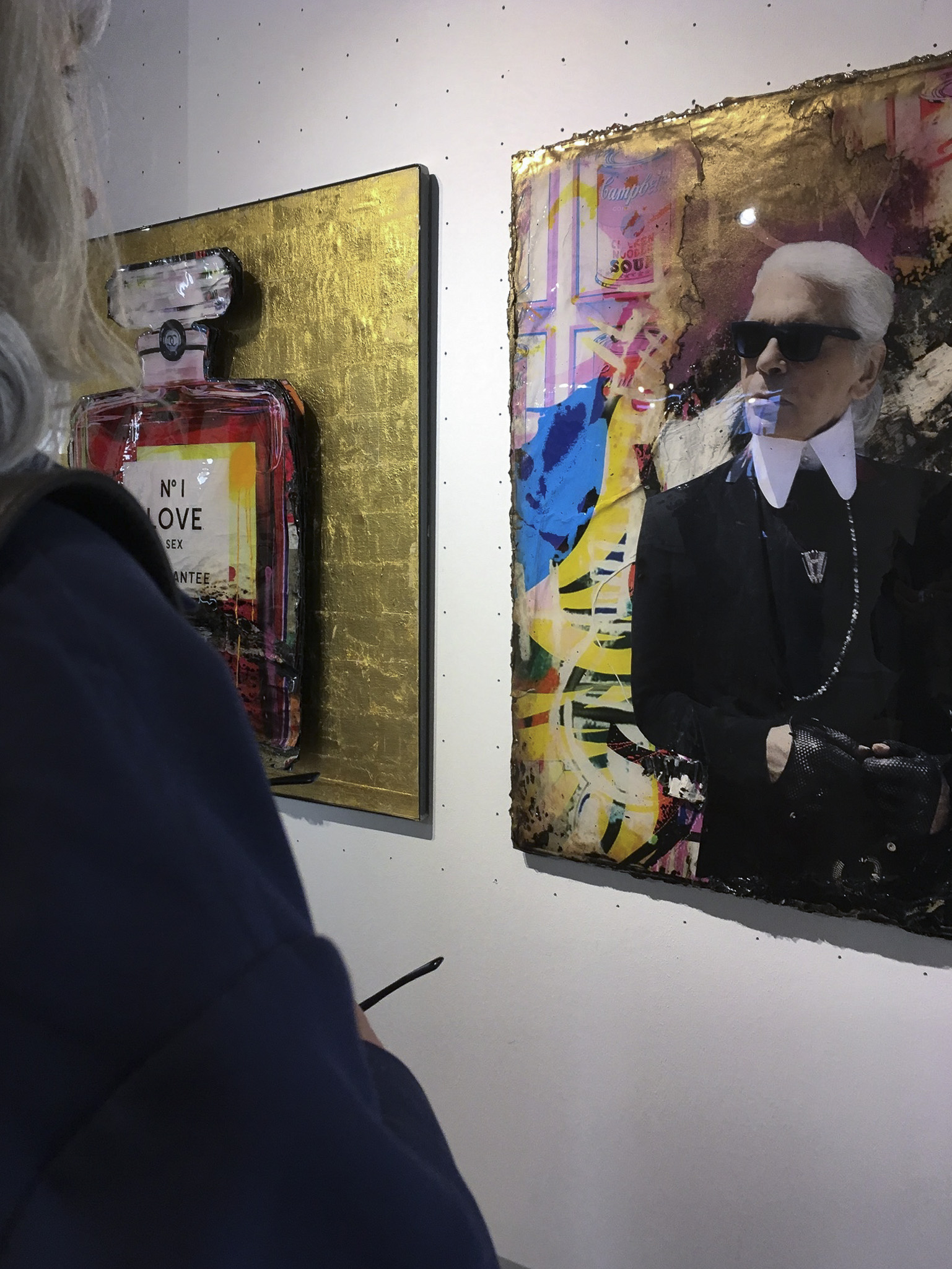 There are a lot of abstract paintings that I am looking for, but no Soulages and no Rothko that I dreamed to see. These have been rented to New York, but there is Kline, Pollock, Krasner and Kooning. It such a pleasure to step up close to the picture and feel its physicality. This is a completely different experience to looking at the monitor or even a glossy album. I analyse every detail and I am surprised that I peruse the works as if they were my own, with an acute insight, following every move and tool mark with a deep understanding. It’s such a joy!

A lady who watches over the visitors tells me off for getting too close to the pictures, but she understands me, she paints herself. We talk and she tells me some works have been rented out. We move from room to room fairly full of riches, I admire the masterpieces by Picasso and Braque, a collection of good art clearly bought for a reason. Yes, I know museums that buy a name, but this is a topic for another time.

In one of the rooms I spot a huge picture that simply draws me in. I walk towards it as if hypnotised- a huge format, blackness like abyss, there is neither the beginning nor the end, a strange galaxy. Virtually nothing but black and white in a few hues, but it gives an impression of saturated colour, depth, and a chasm that I fall into and remain there. Karl Otto Götz. A vision, a new mysterious path that I follow. 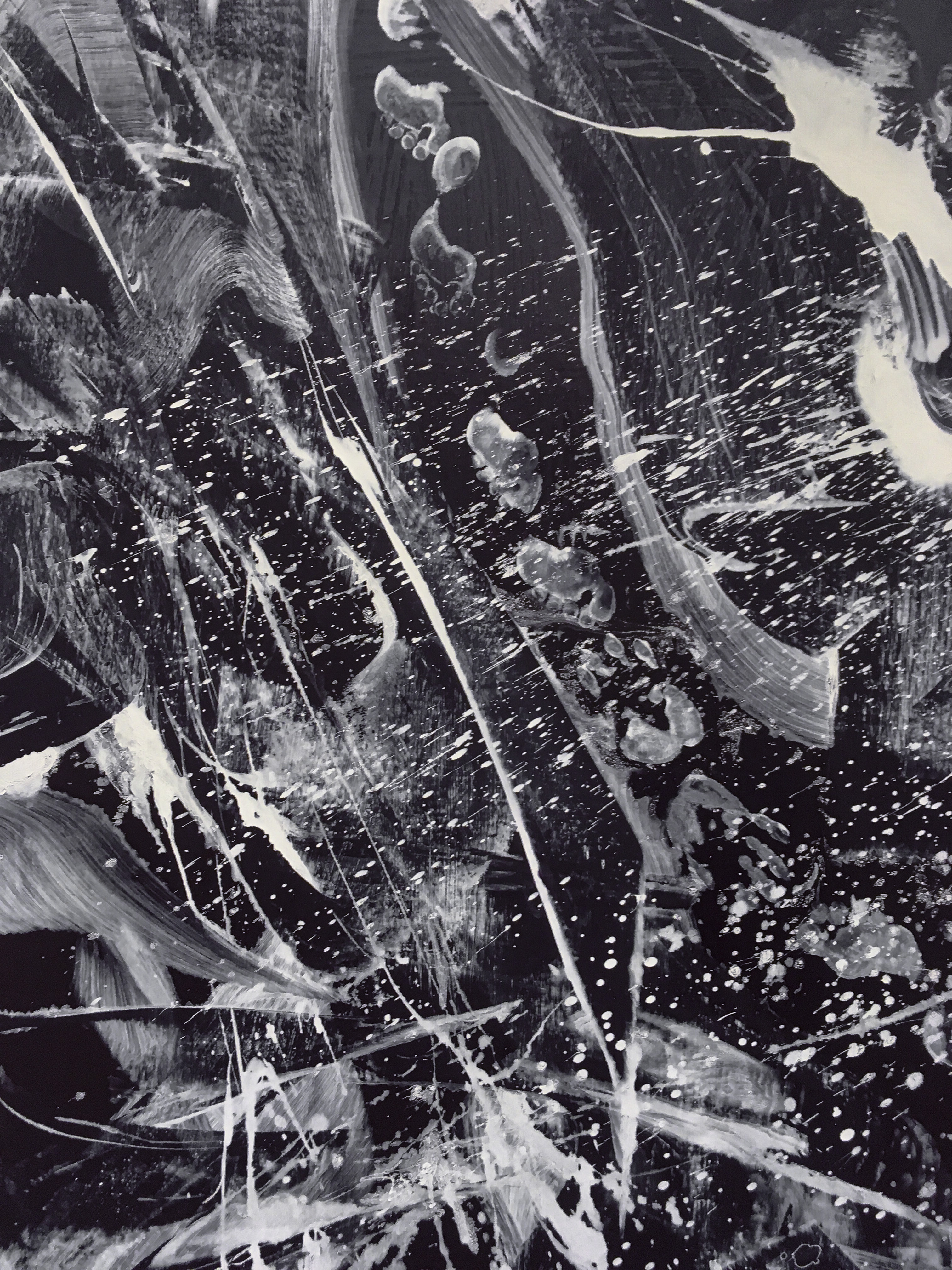 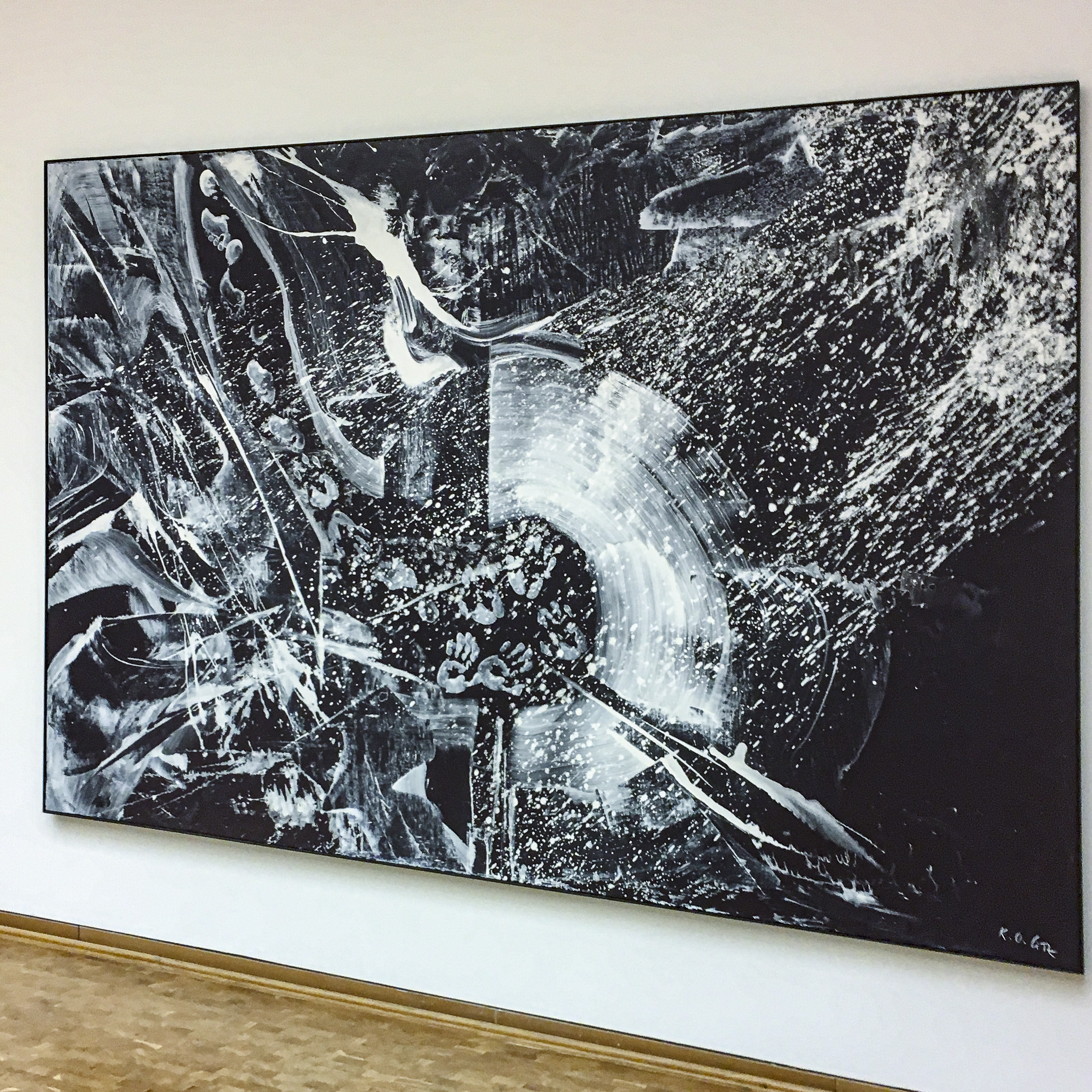 Karl Otto Götz, the most formal among the informal,1931. Born in Akwizgran, he enjoyed most prolific years in the 50s, when he was 20 at most proficient. Götz was strongly influenced by Cubism and Bauhaus. In 1952, together with Otto Greis, Heinz Kreutz and Bernard Schultze he founded in Frankfurt on Main the  ‘Quadriga” Group that provided a new direction- an informal art. The paint poured in rivulets, thick or thin, and was brushed with a broom, a rag or a spatula. The spatulas were wide, so wide, that sometimes it took two people to wield them. Nothing however, was done without a conscious thought. Götz was famous for his careful planning despite seemingly imprecise techniques. It was a bit like driving a car in idle; you could do it, if you were aware of it. Or compensating for the wind when shooting. Basically, there are no imprecise tools- any tool in incompetent hands is useless, so why shouldn’t a broom become a brush?

Ok, I am captivated.