This is not quite my private experiment. I have never even thought that I will find myself alone. Ok, I did think so a bit, but when it was time to start I did ask Wojtek if he would go on this journey with me. And he had no shadow of a doubt that he DESERVED it. A few attempts together and he left me in the driving seat. It gets awfully squashy when two people are doing their own things. Sure, he let me know quite clearly that he will be back. In the fall, when the sailing winds abate, when the constructions is over, when… We will simply make the Atelier bigger.

His works were to leave ‘home’ first. He painted, in a spectacular way, two pictures. The idea behind it was that it was Robert Listwan’s birthday, so we could give him a present or some grief. Wojtek went for the second option and gave him a picture. The other one was given to Składak because he was slavering after it. And he hang it! I don’t know what Listwan did with the picture, and probably never will, but it was funny when the guests arrived in Robert’s studio and he peddled the picture as his own and suddenly there was line of people who wanted to buy it. Not bad! Ah, what’s in a name! Everyone would like to have an original Pollock. Oh, well, Wojtek will have to do for the moment. 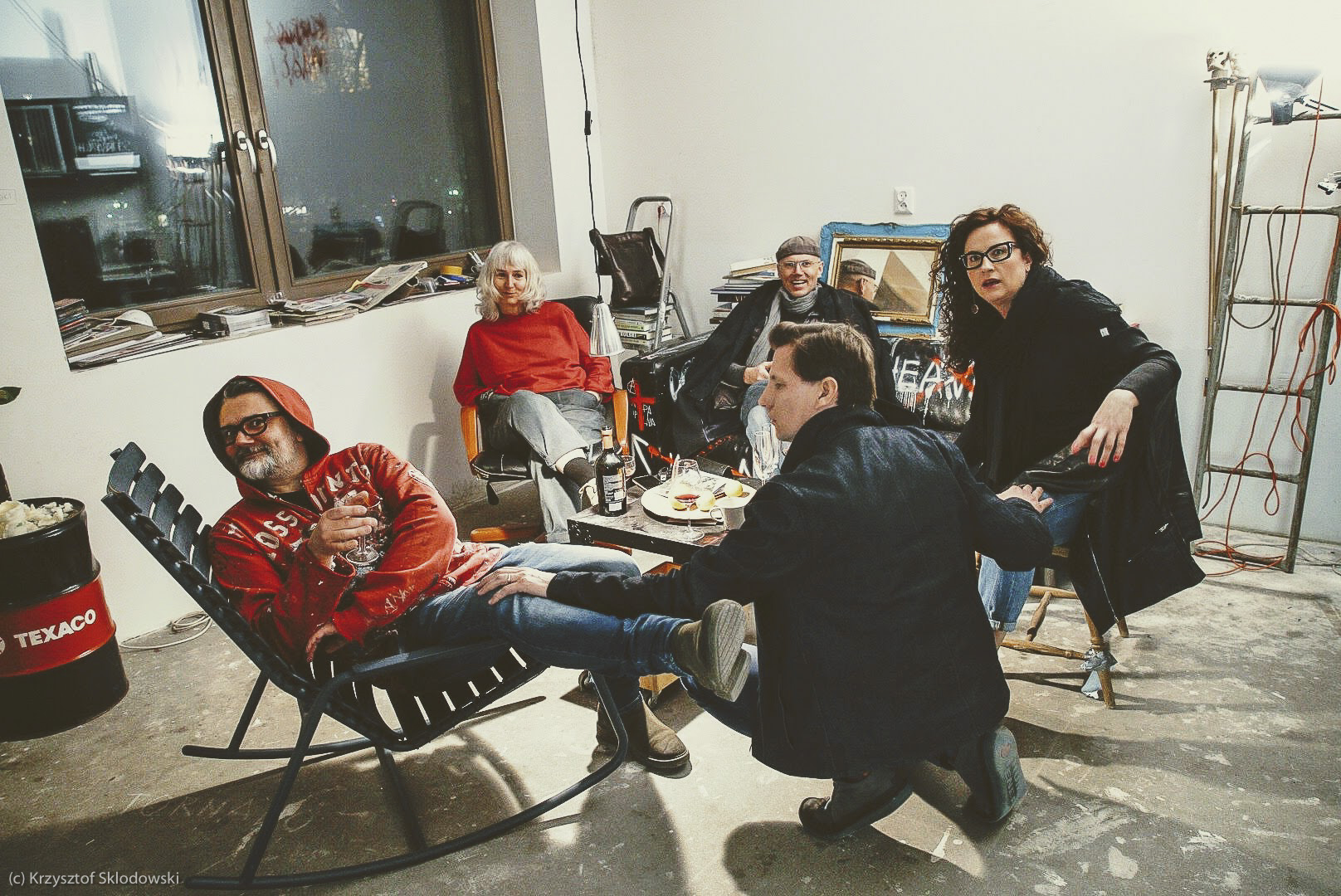 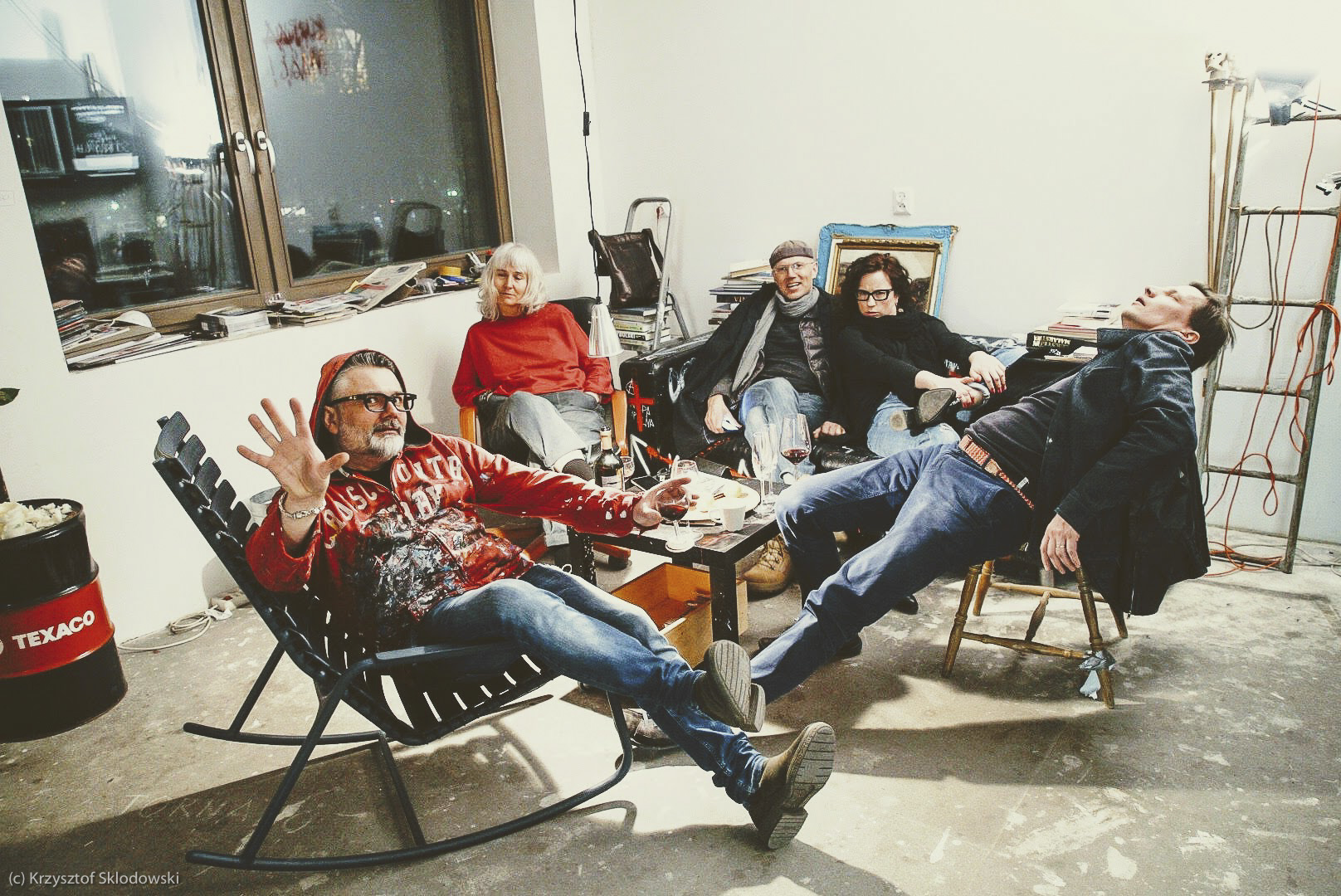